Just get a new update of the beta version of WhatsApp for Android, the new version 2.16.271, an update where the only apparent change we will see when editing a video or an image and want to add some stickers, now we can add 6 new stickers: a cigarette, a microphone, a syringe, a rocket, a loaf of bread or a bat.

Remind you to edit video and add text, stickers or freehand drawings have to record a video by tapping the camera icon that appears in the box to enter text. Once recorded can edit it. To edit images have to click on the icon below the camera, as if we were to take a photo, and click on any picture you have on the carousel, or also taking a new photograph. 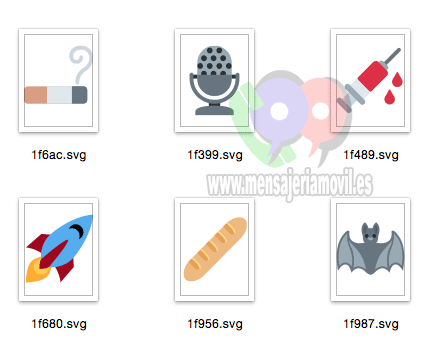 Internally must say that this beta version of WhatsApp for Android does not bring too many changes, and this time its installation file APK has increased 29 KB, which have been modified 112 files, of which 65 are icons, plus add 6 stickers.