We can now install the new update of the beta version of WhatsApp for Android, only available from Google Play, which is updated to version 2.16.123. Again we can not speak of apparent novelties, and that still do not work functions that are already implemented in the application, as the feature to send invitations via links to our group, although there has been a significant change in libraries application that make us think that may soon see something new.

Internally this new version of WhatsApp for Android itself that brings many changes, and its installation file APK has increased by 176 KB, 215 modified files, among which we can see related files virtually all of its functions. In addition, it has added a new icon called “ic_msg_clock.png” a small clock. 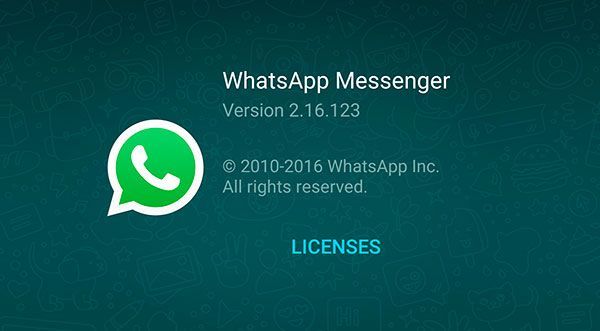