New update of Beta version of WhatsApp for Android which is updated to version 2.16.166. An update that seems to follow in the footsteps of previous updates, without major apparent novelties or new functions added, have not even been activated already implemented functions, such as giving us the ability to add certain types of drawings to our photographs before sharing.

Internally this new version of WhatsApp for Android does not have many changes, and that its installation file APK has increased by only 23 KB, which have been modified 50 files, many of them related to chat conversations, which seems to be related to the new added file, the file “conversation_header.xml” which could cause soon were seeing something new in the interface of the chats. 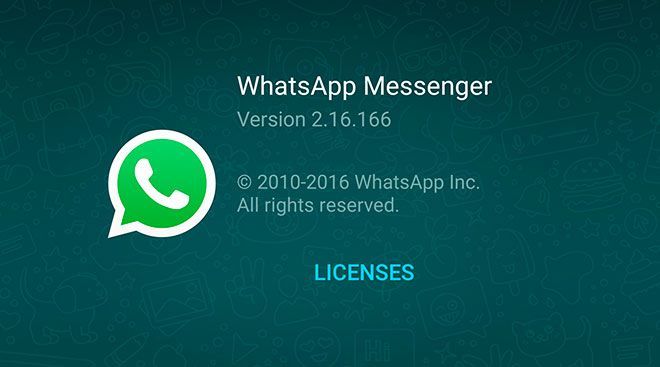