A few days ago are now available Voice Calls officially in WhatsApp for BlackBerry 10, and now comes a new update on the BETA Zone. This is the new version 2.12.5.2, and as in the previous beta update comes without big surprises, as we can see in the screenshot, with the usual bug fixes and improvements, according to its official list of news, and fixed display of message status on the OS 10.3.2 beta.

Remind that WhatsApp for BlackBerry 10 is native, which gives us a better and higher performance, plus more stability, and several additional features that including support for push notifications and integration with system contacts. 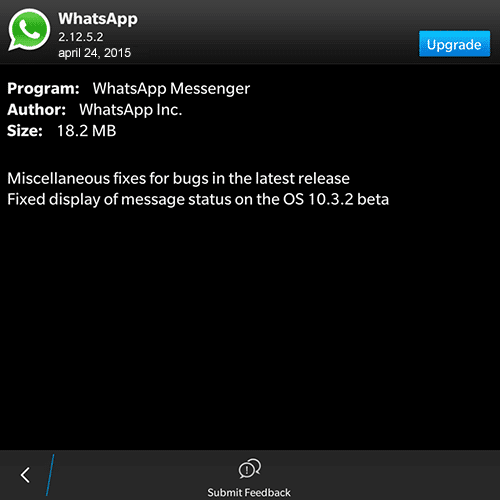 WhatsApp for BlackBerry 10 in BETA version is available from BlackBerry Beta Zone, to which must be registered in the Beta Zone and use this free application, furthermore to accepting agreements application development.