Comes the first beta version of WhatsApp for Android after the release for all of the new stable with new emojis and Google Drive. This is the new version 2.12.459, an update that could suggest a priori that no new features, but it is not, and you have added new statistics on network usage, particularly the bytes sent and received during data roaming, this function can be quite useful if we travel abroad.

Say internally is where it’s really interesting about this new update of WhatsApp for Android. Although the installation file APK has decreased by 106 KB, we found many changes, and that have modified 503 files, really many, where we can find related to almost all its functions, even with future features such as sharing files. 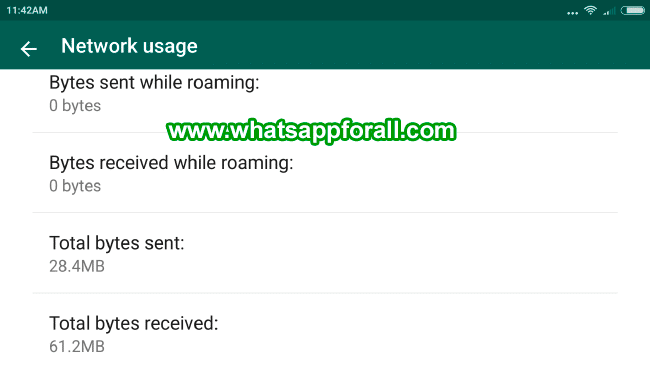 They have removed 11 files, among which are several related to the old function to pay for the service as Google Wallet icons, though curiously not yet been removed icon PayPal. We must also mention that 55 files have been added, among which are several icons, you can see them below. And for those who hope the function to share documents, two new files that make us think that soon will be available: “documents_gallery.xml” and “document_media_item.xml”.

To install the beta version of the application, before, we have to allow the installation of applications from sources other than Google Play in our Android device, for it will have to go to “Menu> Settings> Security” and check the “Unknown sources” box. Once this is done we go to the official website of the application, you have the link below, and we can download WhatsApp for Android in beta.

WhatsApp for Android in its Public Beta version is available for free from the official website of the app.