WhatsApp for iPhone has just received a new version of the instant messaging application, version 2.18.100, which is now available for download through the Apple App Store. There are many new features regarding compatibility and overall user interface design.

The app now offers full compatibility with iOS 12 and the latest iPhone Xs, Xs Max, and Xr screen resolutions. Aesthetic changes include new submenus that can be activated using 3D Touch functionality or the ability to respond to a status with documents, voice messages, positions, or vCards via a chat-like interface. 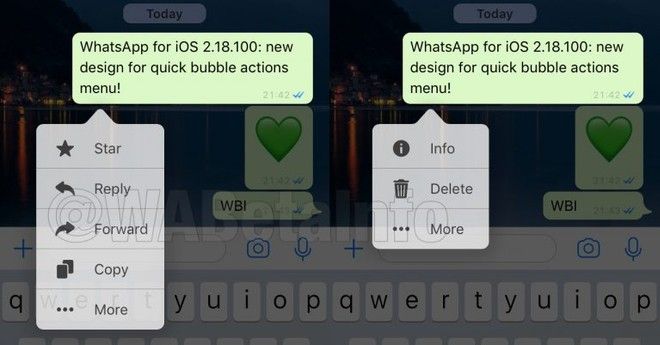 Also with 2.18.100, if we receive two or more consecutive audio messages, they will be played in sequence and interspersed with a sound that will indicate the beginning of the next message. Only in the future will it be possible to see a preview of the received videos, directly from the notification (this feature is only currently possible for images and GIFs, even if they are not downloaded).

Wabetainfo has also provided some images about what the Dark mode will be like. It’s still in beta, but it’s supposed to be implemented in both Android and iOS. From the screenshots you can see the grey/black game with sent messages differentiated by a dark green background. It would also change the color of the keyboard and all typing would turn white.

Please note that the content of these images may differ from the content that will be included in the stable versions of future WhatsApp versions.